OK - I have to Flip-Flop on this - Barr buddy, you just have NO chance - NONE. I really like EVERYTHING you have to say - but with the current 2 MAJOR party setup - it is a lost cause. HOWEVER....with this new pick for Veep - McCain has won me over -

Ladies and Gentlemen, the Vice President of the United States (I "HOPE") She is not just a pretty face...more below the fold.

1 I'm totally with you...she's WAY too attractive to be a politician! You know I'm not into politics, but from what I've read about her, I like her.

4 something;s losing and sth would come to us

Salute the Danish Flag - It's a Symbol of Western Freedom

I am glad that the west is starting to WAKE UP to the threat that is....

Salute the Danish Flag - It's a Symbol of Western Freedom

The Danish population embraced visitors, celebrated the exotic, went out of its way to protect each of its citizens. It was proud of its new brand of socialist liberalism one in development since the conservatives had lost power in 1929 - a system where no worker had to struggle to survive, where one ultimately could count upon the state as in, perhaps, no other western nation at the time.

Continued Below the Fold Please read all instructions and warnings before use. Must be 18 years of age or older to proceed further. Enter at your own risk. Do not enter. Speed limit - 28.8 or higher. Stop here on red. Hostess will seat you. Trucks over 4 tons excluded. Void where prohibited by law. Some assembly required....

continued below the fold.

ONLY 3 Stars!?!? You ask - Yes - While the story is brilliant - it seems to me that the ancient Greeks talked way too much smack. In to immortal words of Tuco Benidicto Juan Ramirez (AKA the Rat) "When its time to shoot - SHOOT - don't talk."

From Wiki - "Ghost Recon [video game] begins in 2008, with civil unrest in Russia. Ultra-nationalists have seized power in Russia, with plans to rebuild the government. Their first step is clandestine support of rebel factions in Georgia and the Baltic States. This is where the Ghosts come in: to silence the invasion. Armed with some of the most advanced weaponry in the world, the soldiers of the Ghost Recon force are covertly inserted into area of operations and given specific missions to curtail the rebel actions and overthrow their benefactors.... 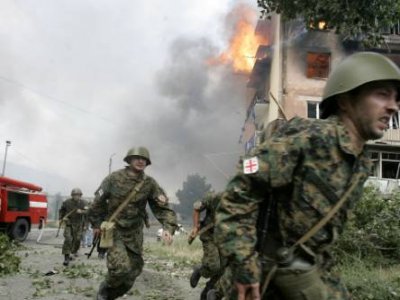 During the first few missions of the game, the Ghosts battle South Ossetian rebel forces from the north of Georgia, who are harassing the legitimate government and its allies. The Ghosts fight in the forests, on farms, and in villages while assisting their NATO allies in fighting the enemy. Unfortunately, the Russian government complains to the United Nations that the Americans have interfered in their affairs, and eventually they send in their army to aid the South Ossetian rebels. The U.S. cannot hope to stop the Russian Army from invading Georgia, so the Ghosts slow down the invading forces so that their allies can evacuate. Eventually, the Ghosts are all that's left of the U.S. forces in Georgia, and they evacuate by SH-60 Seahawk helicopter on the rooftop of the American Embassy in T'bilisi, just barely avoiding the Russian forces. The Georgian government flees to Geneva and sets up a government-in-exile. Sadly, with the fall of T'bilisi, Georgia surrenders and is forcefully incorporated into the RDU." 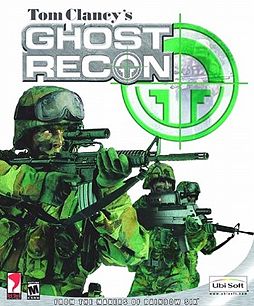 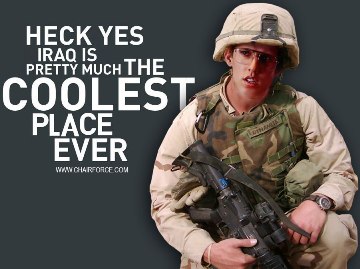 1 What the heck would you do in a situation like that?! 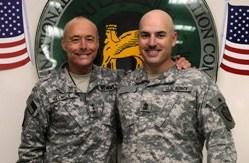 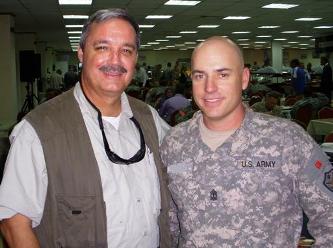 Have the band strike up the "Bonnie Blue"

Ha! It may not be for "Southern Rights" this time - but it seems there IS a movement out there...

Oklahoma HR has passed a resolution reafirming their adhearance to the 10th Amendment to the Constitution - Don't Tread on Me!

And the Republicans in the House have thrown down the guantlet to the Dems over Drilling.

IS this the start of a movement to get back to our constitutional roots???

I hope so, for ALL of our sakes.

I hate that we have to put up with Hajji and Pakis, and Indians, and Bangladeshis, and whoever standing on the frakin toilet -

I hate when they use our showers (although marked US Military ONLY) and shower with all of their clothes on, because they don't know how to turn in their laundry.

I hate when you walk into the shower area - and there are 2 (TWO) dudes from Pakindiadesh in the SAME FRACKIN' SHOWER.

I hate the way they always want to stand too close with corpse breath and want to hold your hand.